Mr. Abrams has been doing consumer protection law for over 20 years. He specializes in timeshare law and timeshare divestment and has been doing almost exclusively timeshare related matters for the past 15 years. While the firms physical location has moved from coast to coast with staff attorneys and litigators strategically located across the nation, it maintains its home in Olympia Washington with law firm offices in Florida right outside the “timeshare capitol” Orlando (more timeshare corporate headquarters than anywhere else in the world).

“Mr. Abrams has the intelligence, judgment, and character essential for the practice of law.”

“I would have the greatest confidence in having him adjudicate our contested disputes.”

“Mr. Abrams measures a perfect 10 on my scale of human concern and decency.”

A lifetime mentorship of the Firm’s founder began early as the son of a public interest trial lawyer, Sol. A. Abrams, whose constitutional law precedents include the case that established the fourth amendment bedrock law of The Fruits of the Poisonous Tree Doctrine and was portrayed by Christian Slater in the Hollywood movie Murder in the First (Warner Bros. 1995, starring Christian Slater and Kevin Bacon).

The Abrams Firm became well known as an undefeated trial firm in the area of consumer protection and was briefly mentored by famed lawyer Gerry Spence, who was memorable as CNN’s major legal analyst for the OJ Simpson trial (the one in the buckskin jacket with silvery hair). Applying these gems of wisdom, The Abrams Firm provide innovative Alternative Dispute Resolutions (ADR), leading pro-consumer victories.

The Abrams Firm has a proven tradition of fighting for people’s FUNDAMENTAL RIGHTS in troubled and suspect industries. A law firm that can empower people who became victims of corporate fraud. 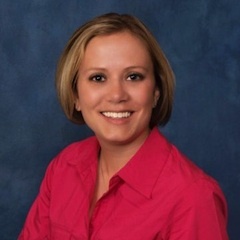 Kathryn previously worked in estate planning, probate and trust administration matters for eight years. Prior to that she worked as an Assistant State Attorney with the 18th Judicial Circuit. Kathryn interned for a Florida General Magistrate, as well as working with in-house counsel for the Brevard County Clerk of Circuit Court, and a local Brevard County Judge. Now, Kathryn has risen to a Senior Associate and Partner in the Florida law firm, taking on a direct role involved with attorneys and clients across the nation.

This website does not provide legal advisement, and to obtain legal representation a fully signed Law Firm-Client Agreement shall be required.